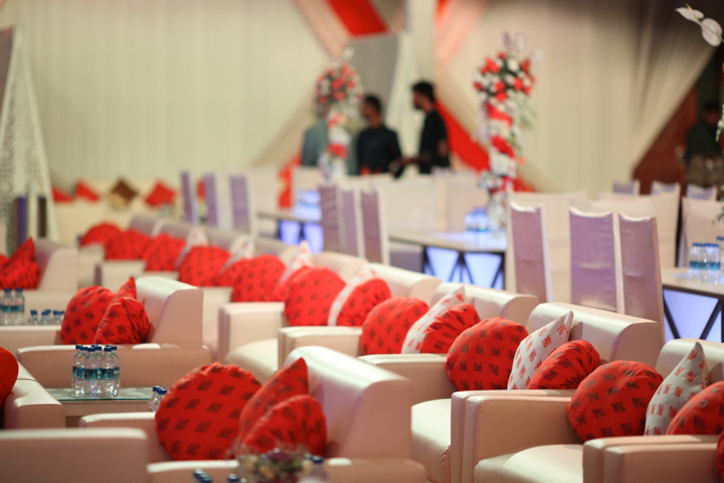 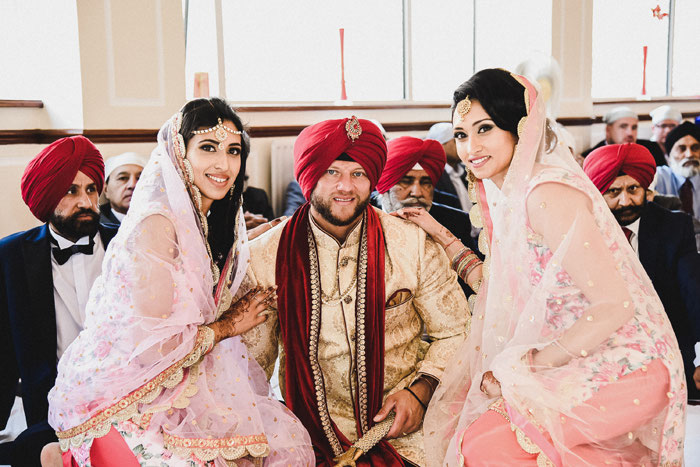 Posted at 10:00h in Wedding Planner by admin 0 Comments
0 Likes

When someone says ‘Punjabi marriage’, what is the first thing that comes to your mind? Loud music? Larger than life celebrations? Or, mouth-watering food?

Although some rituals in both Hindu Punjabi weddings and Sikh weddings are similar, there exist a few differences as well.

Most of the pre and post-wedding rituals are common to both Hindu Punjabi and Sikh weddings. They are as follows:

Roka and Thaka- In a ‘roka’ ceremony, the bride’s family showers the groom and his family with gifts and in return, the groom’s family reciprocates the same gesture to the bride’s family, which is called the ‘thaka’ ceremony. Post these rituals, the couple is considered to be officially engaged and are made to sit together and given gifts from both sides, also known as ‘shagun’.

Sagai (Engagement)- The roka and thaka ceremonies are usually followed by the bride and groom exchanging rings with each other in the presence of their family and friends. This ritual is called the ‘sagai’ or the engagement ceremony.

Mehendi Ceremony- The Mehendi ceremony takes place at the homes of both the bride and groom. Here, Mehendi or henna is applied to the hands and feet of the bride with intricately designed patterns, as well as to the other female members of the family. The Mehendi ceremony is usually followed by a ladies’ sangeet, where women close to the bride sing and dance, although the same takes place in the groom’s family as well these days.

Chooda Chadhana and Kalire Ceremony- This ritual happens either a day before or on the day of the wedding. During the ‘chooda’ ceremony, the maternal uncle of the bride and his wife gift a set of 21 bangles, usually red in colour, to the bride. However, before putting the bangles on the bride’s wrists, they are first purified with milk and rose petals. Later, the sisters and friends of the bride tie umbrella-shaped figures to the bangles worn by the bride, known as ‘kalire’. The kalire are hung by a red thread and are mostly gold-plated. The bride then shakes the ‘kalire’ on young married women sitting below her, and it is believed that if a part of a ‘kalire’ falls on one of them, they will be the next in line to get married.

Haldi Ceremony- Like most Hindu marriages, the Haldi ceremony happens on the day of the marriage. In this, the female relatives and friends apply ‘haldi’ or turmeric to the visible parts of the bride and the groom to make them look fresh on their wedding day.

Milni- When the groom along with the wedding procession arrives at the venue of the wedding, they are greeted by the bride’s family with a puja. After the puja, the maternal uncles of the bride welcome the maternal uncles of the groom with gifts and cash. However, in a Sikh wedding, holy hymns also known as ‘shabads’, are sung followed by an ‘ardaas’.

Unlike in Hindu weddings where idols of deities are worshipped, Sikh weddings do not involve worshipping a certain deity, since they believe that there are multiple attributes of a single God.
While Hindu weddings usually take place in the evening and last until the early hours of the morning, a Sikh wedding takes place during the day and roughly last upto three or four hours. The Sikh wedding ceremony is called ‘Anand Karaj’ and takes place in a ‘gurudwara’ than a wedding or banquet hall.
In the Anand Karaj ceremony, the Punjabi bridal couple are bound in matrimony with reference to the holy book, the ‘Guru Granth Sahib’ and take four rounds around it, rather than around a fire as is the case in Hindu wedding customs. After the Anand Karaj ceremony concludes, an ardaas takes place followed by the distribution of a holy sweet pudding called the ‘Karah Prasad’.

The post-wedding customs of Hindu Punjabi and Sikh weddings are more or less similar, with a reception party being organized by the families of the couples. Here, the bridal couple, their families and friends usually enjoy by performing a Punjabi wedding dance.

Although the differences might seem stark between the two types of weddings most people, including a Punjabi or a Sikh wedding planner, know how to organize and make the wedding ceremony a great success.